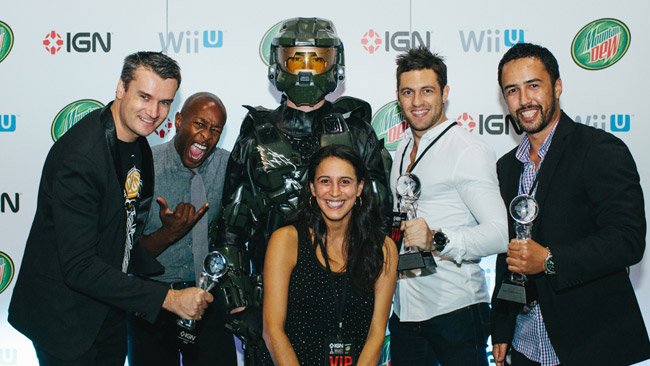 IGN awarded the first-person shooter Game Of The Year at the IGN Black Beta Select Awards in Darling Harbour, where more than 700 gamers, game developers, journalists and the industry's elite had gathered.

It also won gold for the Best Console Game and Best Visual Design.

The new title, Dishonored, won the best original game category due to the "true" choices users can make. Players can go through the entire game without killing a single person, or they can enjoy a good bloody battle. It's also one of the few popular games of 2012 that wasn't a sequel.

Mass-Effect: Infiltrator won the Best Aussie-made Game. The third-person shooter was the brain child of Firemonkeys, the new super-studio that formed after Melbourne video game developers at Firemint merged with Iron Monkey last year. Not a bad achievement for a newly developed company.

The awards were decided by voters, with more than 88,000 votes cast by the IGN Community across Australia. The only award not decided by readers was the Editor's Choice Award which went to Sound Shapes, an innovative game for the PlayStation 3 which lets users create sounds using different music instruments controlled via a touch screen and back touch pad.

Cam Shea, senior editor of IGN Australia told news.com.au that he was thrilled with the outcome.

"At first I was surprised that Tetris didn't walk away with more honours," he said. "I mean, it is the hottest thing on the GameBoy right now. Then I realised I was having yet another flashback to 1989,” he said.

"After taking off my parachute pants and getting my head around this thing called 'the internet', I've got to say our audience really has chosen an incredibly deserving selection of titles.”

“The Walking Dead: The Game also hit hard with a heart-wrenching tale of a desperate survivor trying to protect an innocent little girl,” he said.

"Far Cry 3 gave players an epic map to explore and hunt across, and introduced the gaming world to shark punching. It goes on.”

However, Mr Shea said that Halo 4 was by far the biggest winner, taking out three categories including Overall Best Game of 2012.

"(It was) no surprise, really - it was a superb reboot for the franchise, injecting much-needed character alongside superb shooter game play and gorgeous graphics," he said.

"Congrats to all the winners and thanks to all IGN's readers who voted and helped maked the Black Beta Select Awards such a success."

Scroll down for a full list of all the winners.

Game of the Year: Halo 4