Over on IGN Max Hoberman, Presdent of Certain Affinity, revealed the final map for Halo 2: Anniversary: Warlock (though we knew that it was one of the remakes already).

The map, now known as Warlord in H2A, features a brooding green atmosphere reminiscent of Shatter from Halo 4, but this one seems to be a little creepier (2spooooky4erryone).

Screenshot of Warlord. H2A's Warlord is a remake of Halo 2's Warlock, and that map is actually a remake of Wizard from Halo: CE 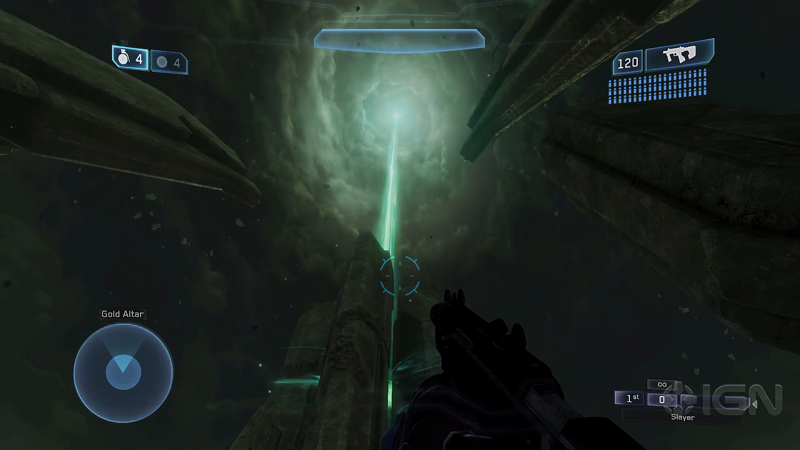 Aside from minor map tweaks (adding more cover, stepping stones to higher ground, fixing weapon spawns, and color coding bases for Multi Team) the map has not been changed dramatically.

Max Hoberman does say that a Sentinel Beam (which has increased damage compared to Halo 2's) now spawns in the center of the map, and acts as one of the map's power weapons. The visuals have also been increased dramatically (obviously).

It is unknown whether or not Warlord will feature a dynamic element. 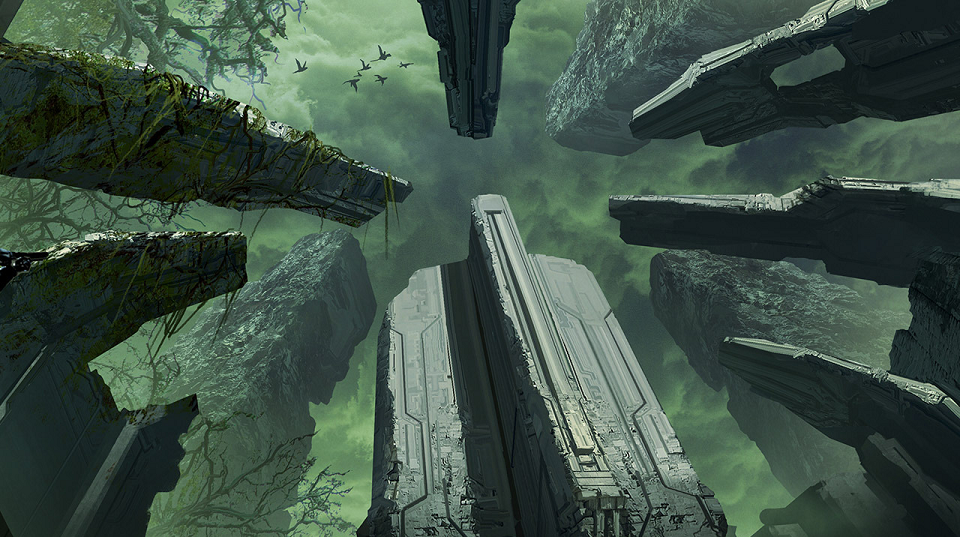 IGN then revealed the new names for some of the remakes. Now we can see the full list of remakes + their respective new names (there are only 6 maps in H2A):

IGN will be hosting map walkthroughs of all the H2A maps with Max Hoberman in the coming weeks. The Warlord walkthrough, and gameplay vid (of Team 343i vs Team IGN) is in the link below.

*Halo 2: Anniversary is contained within Halo: The Master Chief Collection: which launches on November 11th in North America, and November 14th in the UK.*