Welcome all to the 50th 343i Weekly Community Poll!

Welcome all to the final weekly community poll! This the 50th 343i Weekly Community Poll to be posted and will be the last. Last week's poll results were a bit different, the poll asked members which Halo 4 weapon they didn't want in Halo 5, and they made their answer very clear:

The Boltshot needs to be destroyed from existence. Absolutely obliterated! No trace whatsoever!!!

Having a pocket shotgun was just a tad too OP. I see what 343i tried to do, but giving it that much range was just nuts. Not only is the insta-kill range too far, the range at which it drops your shield, which is even longer, is far too far as well.

Not only that but it gets two shots? A cooldown time of half a second? What is this?!

Next to that the single fire option is completely useless as you cannot even drop someone using all 10 shots single fired so you were kinda forced to go hide in a corner with marshmellows and shotgun everyone that just so happens to come round.

How much more can you provoke camping with this gun?!

There is no thing more frustrating than getting jumped by someone with the Boltshot, and even though he misses he gets the chance to fire a second time or switch to his primary to finish you off.

If you use this gun, and I know there are some of you out there, I immediatly lose all respect for you.

After a long shoutbox dicussion I've come to terms on which it possibly can return to Halo 5 if it's fixed in the following way.

1. buff the single fire mode up to it taking one or two shots more to kill someone (last shot headshot) in comparison to the Pistol.

2. Nerf the Charged shot to it only taking down shields IF all pallets hit.

If it were to return with these changes I'd be able to tolerate it.

This week's poll will be my last. I'll explain more when this poll's results are posted- This week's Community Poll was suggested by Community Moderator, Total Mayh3m.

Which map should 343i Remaster Next? Explain what could change and what you would like to remain. 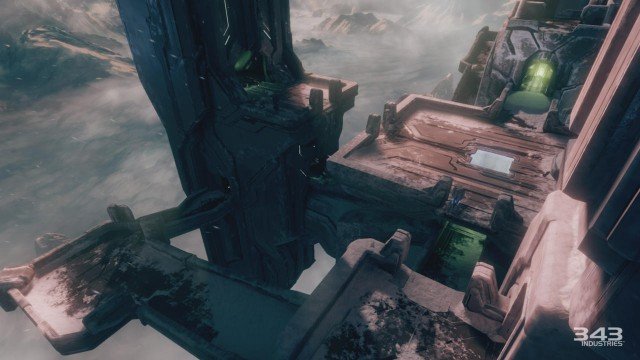 Leave your thoughts along with your vote below.

Thanks for participating in the Weekly Community Poll

and See y'all next week!

(Just a note, the results of this week's poll will be posted in this thread

since this there will not be a new poll next week)

Have a question, complaint, or suggestion pertaining to the poll? Message BZ1.