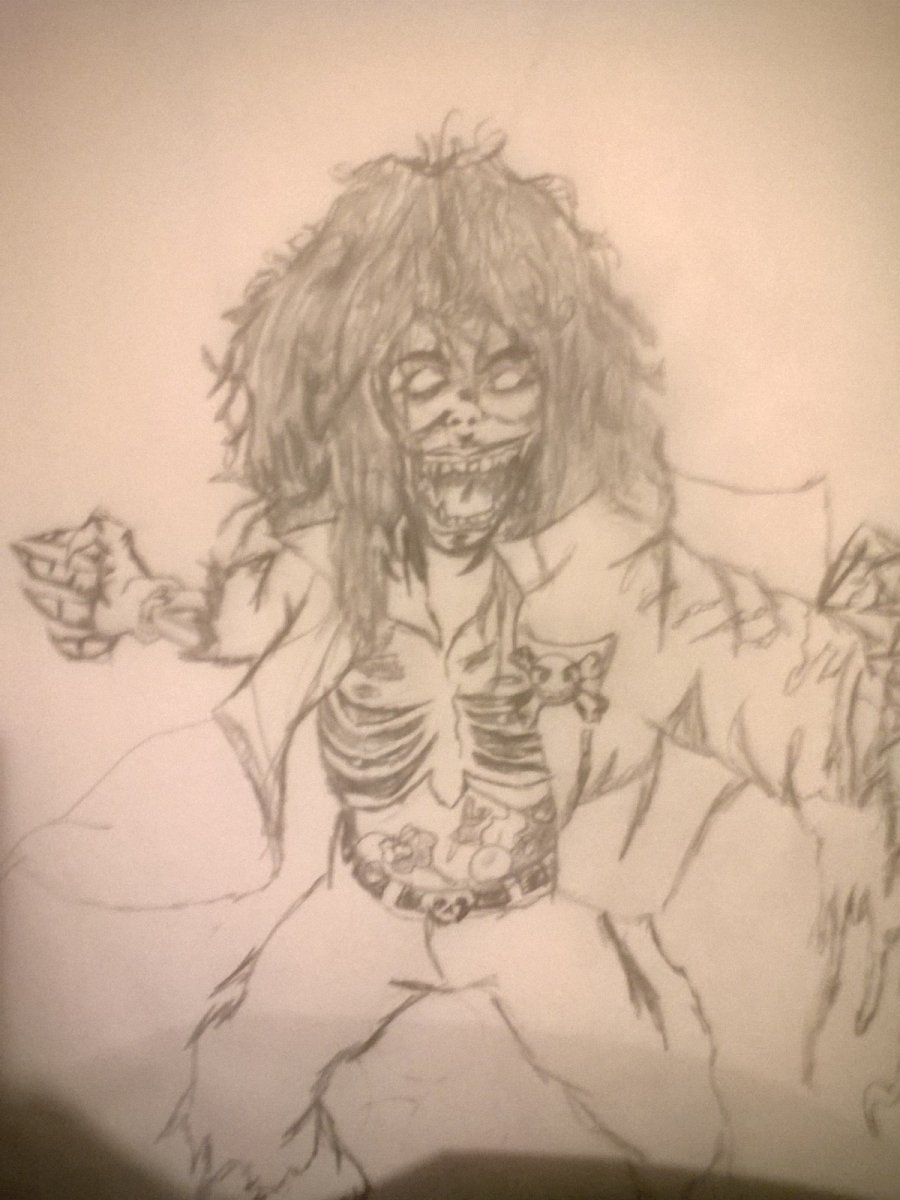 The chaotic anti-hero from one of the most awesomely brutal comics to ever make it's way into the hearts of america Evil Ernie!!! or as he was formerly known as Ernest Fairchild. a boy at a young age who's parents abused him forms an unthinkable bond with the one and only Lady Death. on the night of an important scientific study that was to reverse his outbursts using a neuro brain wave machine something terribly exciting was about to happen. Lightening struck the building causing Ernie to Burn alive in what was supposed to be a safe machine now has given birth to an arcane punisher known only as Evil Ernie. he now has the ability to reanimate the dead and make them his friends nay his FIENDZ!!!! he embarks on a quest for the ultimate love of his life Lady Death. Mass Megadeath!!! slowly one by one the world starts succumb to his abilities and he gets to reunite with her through the blood of his enemies. This is Evil Ernie!!!!!!!!! First created in 1987 by Chaos Comics and now has a new revival through Dynamite comics this war machine of death has only one goal. To see the world burn!