Welcome all to the 32nd 343i Weekly Community Poll!

Yes, I'm back doing the polls once again! I missed doing them over the summer, but I'm really excited to be back here serving the comunity! Special thanks to Bnus for helping me out while I was away!

FPS games! It seems the majority of us prefer that feeling of being the one to pull the trigger on the enemy. Even though FPS games won the poll, I'd like to pinpoint Maestro's brilliant post explaining a great way Halo could take advantage of another Halo Wars type of game for PC:

I'd like to see a PC spin-off of Halo Wars. Given the diversity of vehicles and races in the Halo universe, the potential for a very fun Halo RTS game is huge, especially with the Prometheans recently entering the fray. Add some gametypes from the FPS Halo games, like King of the Hill or Infection, and a forge mode to create your own maps, and PRESTO! You have a Halo Wars game to make the rest of the franchise proud.

One major problem with a lot of console RTS games would be the controls; nothing matches the precision of having a mouse to tell your units where to go, what to attack, and where to build. Instead of having to open a little sub-menu and navigating through it with the d-pad or right joystick or something even more awkward, you can just click a button on a menu off to the side of the screen to prepare units and buildings.

One aspect of Halo Wars that needs to be scrapped is the fixed base component of the game. The lack of freedom of determining where your barracks or where your research lab go limits the potential to utilize the geography to your advantage. In Command and Conquer, I loved setting up Sensor Arrays and Obelisks of Light on the high ground to obliterate those stupid AI controlled Stealth Tanks or blast those vile Disruptors to bits as soon as they attempt to enter my base. I'd build a bunch of SAM sites in the little gaps between buildings and cliffs so none of those wretched Orca Bombers could even touch me.

You can't do anything like that in Halo Wars. Each of the skirmish maps are unique in their own right and have all sorts of terrain to fight on, from Flood-infested flatland to maze-like Forerunner structures. But instead of using that terrain to your advantage, you just build stuff in your designated building spots, then set up your turrets and spam units. You can't set up a decent defense so that your base is able to defend itself while you go pillage other players' bases. To get a decent base defense, you need units. But then you can't deploy a lot of units to fight other players.

This is the second annoying aspect of Halo Wars: the population cap. It was too low to make a decent-sized army of anything aside from marines or hordes of Covenant cannon fodder. I would utilize an alternate structure for population cap, such as having x amount of infantry squads, y amount of ground vehicles, z amount of aircraft, and n number of super units. Having all types of units share the same population pool severely limited the player's forces. Why buy a Scarab when you could have six Wraiths and two population points to spare?

Finally, I'd like to see multiple campaigns. The option is there in other RTS games. You can play as GDI, Nod, or Scrin in Command and Conquer, each with their own objectives and motives. If I want to be a prophet hellbent on humanity's demise, I'd like to see a campaign sculpted around that!

The potential is there for an awesome Halo RTS game, given the lore and the different environments in the Halo universe. But, it needs a lot of work before it can be a great game.

The Master Chief Collection is just months away, and that means Halo 2: Anniversary missions are on their way! I don't know about you, but when I think of Halo 2, I can't forget the iconic figure that shipped with it, the Arbiter. The Arbiter and Master Chief were both playable characters in Halo 2, and will be in Halo 2: Anniversary, so this week's community poll asks,

Who do you most look forward to playing as the most in Halo 2: Anniversary, Master Chief or The Arbiter? 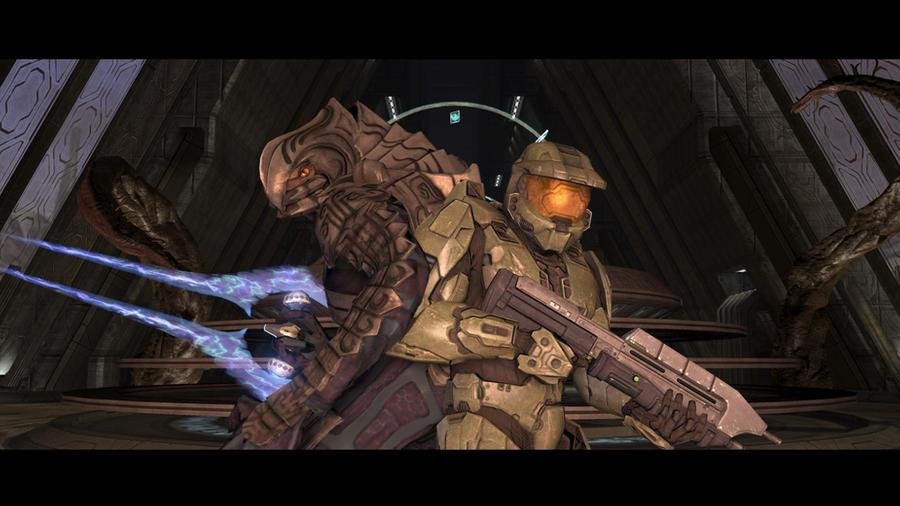 Leave your thoughts along with your vote below.

Thanks for taking time to partake in the Weekly Community Poll

and See y'all next week!

Have a question, complaint, or suggestion pertaining to the poll? Message BZ1.