Halo:Initiation - The story of Sarah Palmer and the Spartan-IV program.

As reported in Comic Book Resources the Halo comic book series will continue in Halo:Initiation by DarkHorse comics. featuring Sarah Palmer. This new series will be written by Halo 4 writer Brain Reed, who also adapted the Halo:Fall of Reach into a comic book series for Marvel, and feature the artwork of Marco Castiello (shown below from Wired) and take a deeper look into the Spartan-IV program. Spartan OPs may have left fans wanting to know more and Dark Horse will release the new series of comics in mid August. 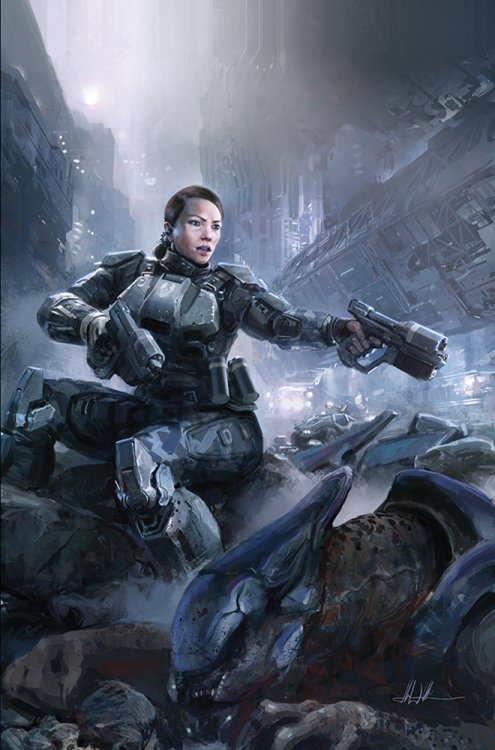 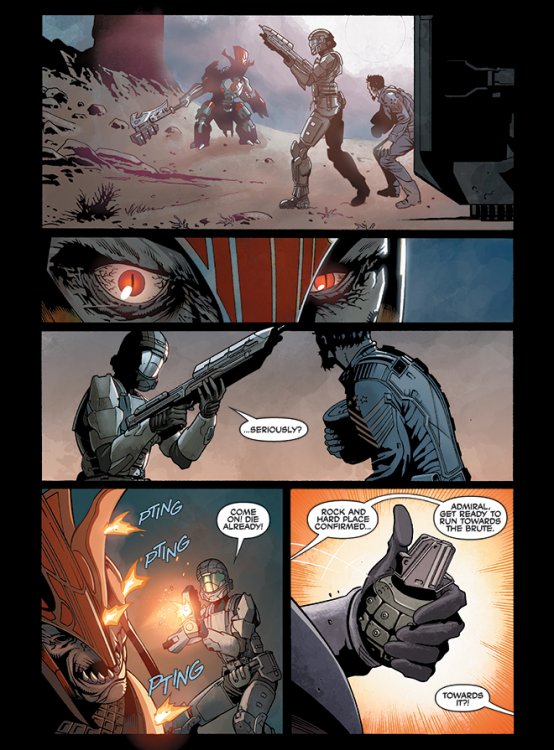 Dark Horse continues in the tradition of bringing only the biggest and best characters and story lines to comics with the announcement of the Halo: Initiation miniseries, launching in August! This exciting new miniseries will be written by Halo 4 writer and comics veteran Brian Reed, with art by Marco Castiello (Secret Invasion: Front Line, Star Wars: Purge)!

Before she was a supersoldier defending humanity as part of the Spartan-IV program, Sarah Palmer was an ODST—Orbital Drop Shock Trooper—carrying out the most dangerous missions behind enemy lines! See how she became the first Spartan-IV commander in this must-read series for fans of Halo 4 and the Halo franchise!

"A rich science fiction universe driven by compelling characters, Halo has all the makings for show-stopping comics, " said Dave Marshall, Dark Horse Editor. "In Initiation, Brian and Marco are delivering an action-packed thrill-ride with a beating heart of authentic human drama."

“It’s really exciting to work with Dark Horse in continuing the Halo story in comics. After Halo 4 and Spartan Ops, fans wanted to know more about the origins of the Spartan-IV program and Sarah Palmer in particular. So it’s great fun to be able to grant those wishes with a partner like Dark Horse,” said writer Brian Reed.

Founded in 1986 by Mike Richardson, Dark Horse Comics has proven to be a solid example of how integrity and innovation can help broaden a unique storytelling medium and establish a small, homegrown company as an industry giant. The company is known for the progressive and creator-friendly atmosphere it provides for writers and artists. In addition to publishing comics from top talent such as Frank Miller, Mike Mignola, Neil Gaiman, Brian Wood, Gerard Way, Felicia Day, and Guillermo del Toro, and comics legends such as Will Eisner, Neal Adams, and Jim Steranko, Dark Horse has developed its own successful properties, including The Mask, Ghost, Timecop, and SpyBoy. Its successful line of comics and products based on popular properties includes Star Wars, Mass Effect, Buffy the Vampire Slayer,Aliens, Conan, Halo, Avatar: The Last Airbender, Serenity, Game of Thrones, and Domo. Today Dark Horse Comics is the largest independent comic book publisher in the US and is recognized as one of the world’s leading publishers of both creator-owned content and licensed comics material.