343 Industries Says There Is Still Easter Eggs Not Found 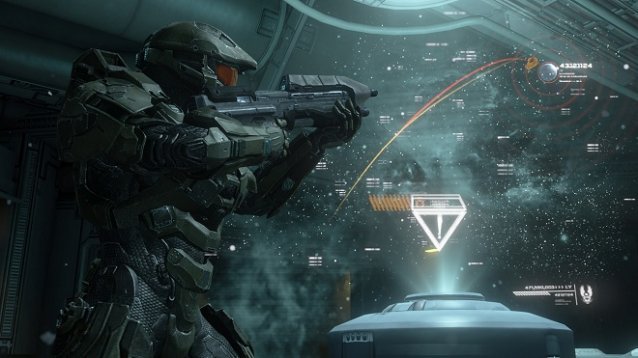 343 Industries has announced there still is Easter eggs in the campaign not found yet!

Halo 4 contains more secrets and easter eggs than previously imagined. Although players have had no difficulty in finding lore terminals scattered throughout the game, Halo 4's developers 343 Industries say that not everything has been found, and have provided a few hints on how players can uncover these secrets.

Unlike previous Halo games, which forced players to discover hidden skulls to unlock higher difficulty levels for the game, Halo 4 provides these skull modifications from the very start, essentially removing what could have served as an additional secret to unlock. However, 343 says that there's more secrets in the game than players think.

"The Halo 4 Campaign still contains many secrets left uncovered," wrote the game's lead campaign designer Jesse Snyder, "Did you find any secrets as you played through Campaign? Initially, fans found many things that they thought were Easter eggs.

"Discovering that, in fact, many were still hidden, we were relieved. Avid secret hunters claimed that some of our treasures would be found within days of launching the game. ‘Certainly, they’ll find them any day now,’ we thought. Time would prove both us the aforementioned secret hunters wrong.

The developer said that 343 Industries intends to release some hints to help players discover these easter eggs and secrets without telling players where they are outright. He hinted that players who discovered them before the hints went out would be rewarded for their tenacity.

"Additionally, we’ll be giving you more hints in future Bulletins. Knowing how well we’ve hidden our easter eggs, it only seems fair. Even though this may sound cliché, ‘If at first you don’t succeed, try, try, again.’ Never stop searching. Some secrets might be right in front of you.”

In the same blog post, 343 Industries released a few tips to help get players started.