StarForge A MIx Of MInecraft and Halo

"It’s remarkably ambitious, but the terrain manipulation already looks fantastic and outer space is gorgeous. This thing has “potential” scrawled all over it." - PC Gamer

"I just had a major nerdgasm" - Markus Persson, Notch, Creator of Minecraft

"The idea being, you create your own insane Starship Troopers moments." - Kotaku

"It lets you build blocky structures, just like Minecraft does, but instead of coating them in low-resolution textures, it makes them look incredible." - Wired UK

" This morning I received an email telling me that the first playable build of StarForge was available. [...] Six and a half minutes later I was wondering how to put my excitement into words. Thirty seconds after that I decided to forget words and just share the bloody video. Watch." - Rock Paper Shotgun

"The most ambitious Indie game in history" - Gamer MC

"I've played the game for a bit, and I must say: I am very excited for the future of StarForge." -Destructoid

"...it’s another reminder that indie games are the best." - games.on.net

"Shut up and take my money" - Ncrpts, Poster from Reddit 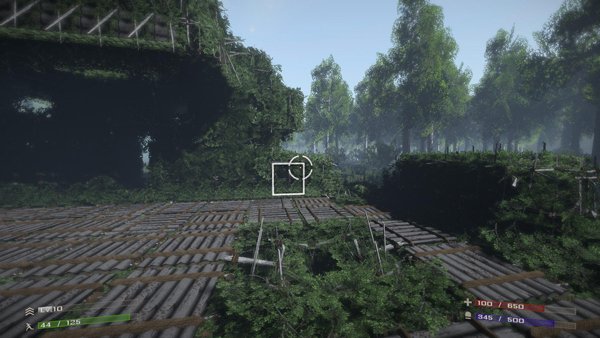 StarForge is a game about gathering resources, building bases, crafting anything you want, and surviving on an alien planet. Earth's star is dying and humanity transferred as much technology and resources as possible and left on a one way mission to populate another planet.

StarForge was inspired by Halo, Warcraft 3, Borderlands, Terraria, and Minecraft. It borrows elements from the RTS, FPS, RPG, Voxel Builder, Tower Defense, and Physics Sandbox genres. We are building a dark and serious universe and want the player to live out their own unique story on the procedural planet.

We plan to release Starforge for Windows and Mac (with possible Linux support after Unity 4 is released).

Procedural Weapons - Infinite weapon possibilities await. Do you fancy a 3 barreled chaingun, with a chainsaw bayonet, and a flame thrower attached for good measure? No matter how many chests you loot, you will never run into the same weapon twice. Weapons are also fully destructible, so another player can try to strategically rip off your gun barrels. Eventually we want to allow the player to build their own weapons as well.

Procedural Infinite Voxel Terrain and Space - Dig an endless tunnel, fly out to the far reaches of space, and come back again. There are no set boundaries in StarForge, and the planet will procedurally generate each time you start a new game. Hide out in endless forests or harvest them. Mine to your heart's content and discover the different biomes.

Procedural 3D Tileset - Build anything you want with our unique 3D Tilesets. You can create cities, towns, villages, bridges, forts, underground bases, trenches and much more. We are also working on making it all fully destructible, so you can shoot a rocket and blow a hole in the wall. Each material has its own defense and weight settings as well. You can also enter "Engineering Mode" and properly see the stress points on your building while your building it.

Underground/Surface/Space Gameplay - Build a tower that ascends into the clouds, through the atmosphere, then into space, and do this in realtime. Build orbital stations, launch rockets, and explore the vastness of space. Then jump down and fall back to the surface and start digging down to the core of the planet.

Physics Sandbox - We are designing every object in the world to be fully dynamic. Watch as your bridges fall when you remove a support pillar, or your buildings collapse under their own weight and stress. Snap trees in half by launching your vehicle on them. Construction, vehicles, players, ropes, objects, everything is physically simulated. Do whatever you want and enjoy what happens.

Physics Movement - Our movement model is designed closely around the real biomechanics of biped locomotion; it can simulate jumping, running, climbing, wall jumping, wall running, crawling and pretty much any other behavior all without the use of any state driven code. The result is a more human look and feel, and a character that is equipped to intelligently react to dangers far beyond what conventional movement code was designed to handle. It also features a full body IK system.

Loot, Level Up, and Survive - Before the humans landed countless weapons and armor were sent to Atlas. You will find loot chests littered throughout the land, you will need their contents to survive. We will be implementing a perm death system, so you will have to be careful. Every decision matters. As you gain experience you will level up and be able to choose and use new abilities that are unique to each Hero in the game.

Customizable Characters - We plan on allowing you to cloth and armor your character and change his or her appearance. You are unique and your character should be too.

Dynamic RPG like World - Enjoy dynamic weather patterns, a 24 day and night cycle and a real time atmosphere. Creatures will also behave in a realistic matter, scavenge for food and return to their hives at different times of day. Other refugees will gather to build villages, wars will erupt, and there will be the option to help out your fellow man in their quests.

Resources and Economy - There will be many different resources in StarForge. However, the player can only hold so much at a time. When the player can no longer hold what he mined, it will be placed on a palette. These pallets can then be put on transport trucks and shipped to your own warehouses to later be used for crafting. This will keep multiplayer games interesting as players will be forced to build road networks, warehouses, and transport trucks. Plus, they will have to protect it all from players acting as pirates or rival clans. You can also become a trader and try to find merchants to buy your goods at a high price.

Vehicles, Flight, Turrets, Furniture, Fences, ect. - We plan to support a lot of different content. So you can decorate your house, make your fort tough, or build an airstrip and fly a plane to your cloud base.

Multiplayer & SinglePlayer - We will have both modes playable in the game. Enjoy emergant gameplay where you land on the planet, meet other players and NPC survivors, build villages and go to war. Play whatever role you want, become a Solidier, Pirate, Thief, Architect, Miner, Trader, or just hideaway as a hermit. It's your world and you can do whatever you want in it.

Fort Wars & Fort Defense - If your the competitive type, you'll feel at home in Fort Wars, a game mode where two teams duke it out in their quest to destroy the opposing team's "vat". If you're feeling friendlier, you can co-op with your friends in Fort Defense, where you protect your vat from wave after wave of ravenous alien creatures. 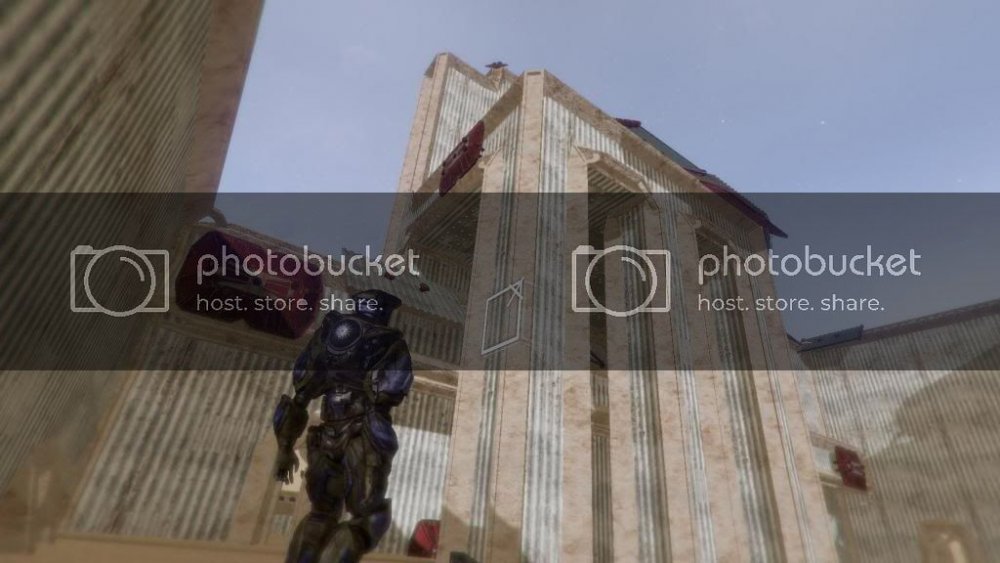 Here is what the money is used for:

"Survival: Rent, food, and internet to keep 3 developers working full-time for a year.

Hosting: Server hosting costs money, especially ones with alot of speed and bandwidth. Your money will help keep our main servers going, plus, allow us to provide some dedicated servers for the multiplayer.

Software: Help us afford the essential software needed for pushing this game forward.

Multiplayer: We plan to make a robust multiplayer experience. One that supports Clans, Server Listings, Rankings, Stats, and Leader Boards. We also hope to one day allow persistent gameplay across servers but this is only possible with your support.

Single Player: In order to do a proper single player game you need good A.I and lore. We have extremely innovative ideas on improving A.I beyond what you have seen in traditional games, and good things take time to develop.

Music & Audio: We will hire LoudCore to compose a full fledged soundtrack to the game. We'll experiment with Holophony, a 3D audio technique producing the illusion of full surround sound while wearing headphones. On top of this high quality SFX would really help boost the audio to the next level.

Art: Were looking to purchase some high quality creatures, characters, and weapons from some great 3D art talents we've got lined up. We want you to be able to feel the StarForge universe.

Polish: We generally don't like releasing anything unless it has undergone a lot of polish. So your money will also go to making everything the best it can be.

We've decided to use IndieGoGo because we feel we can only innovate without barriers by remaining independent. We enjoy communicating directly with you and we love all your ideas for the game. This is what makes developing games so special to us, it's fun, it's innovative, we get to share with you, and we feel the need to create.

Our vision for StarForge is innovation and fun, and by contributing to our campaign you will empower that idea and make this happen."