This was taken off halo Waypoint from the bulletin posted today. I want to hear you guys's opinions on this.

From the face of Frank

"2012 was supposed to be the end of the world. Instead, it was the beginning of ours. Halo 4, despite being the seventh or eighth game in the Halo series (depending on how you count them), was our first game. That is to say, our first-ever fully fledged title, built from the ground up creatively and technologically. So let me save you the trouble of trolling my statement: We have a lot to learn. We made a lot of mistakes. We can do better. And we know this, and we will. But I don’t want to spend the first moments of the year thinking about the negatives, because frankly, I am incredibly proud of both the team and the game that team created.

And for a first effort, it wasn’t half bad.

Stepping into Bungie’s oversized shoes would have been difficult, even for a well-established team. The challenge of wrangling that engine, that universe and that community was dizzying, even withering. Four years ago when our charter began, the challenge of starting the seed of a development team and then creating a sequel to Halo terrified us. A small group of us – names you know, like Kiki Wolfkill, Bonnie Ross, Kenneth Scott Josh Holmes and other characters who have moved on to different projects, different places – was tasked with doing something that was almost impossible.

But the team grew. And we learned. And we’re still learning. And the game arrived and it succeeded. Halo 4 is the best and fastest-selling Halo game in the series. It won critical acclaim. It won awards, from Best Graphics at the VGAs to Game of the Year at the Inside Gaming Awards. We altered the engine. We expanded the universe. We innovated in storytelling, technology, and even marketing. It wasn’t flawless by any stretch of the imagination, but by most objective criteria, it was a resounding success. So we know we have a lot to do. And we know we have a lot to learn. But we also know that we now have the capacity, the teamwork, the technology and the experience to do much better next time."

"But my point is this: If you’d asked me three or four years ago if we thought we’d be where we are now, I would have looked doubtfully at you and said, “That’s a lot to ask.” But the team, through miracles of collaboration and individual contribution – and lakes of blood and tears – waded into the challenge with gusto and worked obscene hours with passion and verve to get it done. And now we’re beginning to really understand what “it” is.

I think that, perhaps perversely, rather than being looked at askance with doubt and cynicism, in some corners we’ve been given extra latitude – the only benefit of low expectations. And then the ability to exceed those expectations.

There are a ton of things we wish we'd done better: Features that didn’t make it into the final game. Glitches that emerged. Missteps made. DLC fiascos. Communication breakdowns. But there were things that went astonishingly well – the creation of a genuinely competitive AAA studio chief among them. A collection of talent and souls that can do something genuinely amazing on this and next-generation hardware. The overhaul of an amazing game engine – but one that really needed to be overhauled – and an amassed education on systems, people, code and audience that will stand us in great stead for the future." 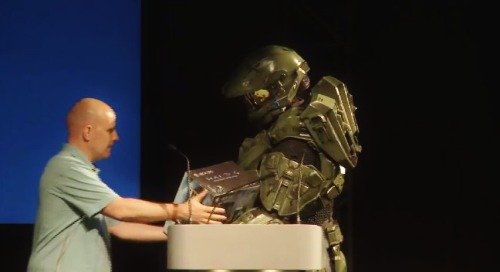 "Some of the high points of the last few years have been products as well as people – like Halo: Anniversary and Forward Unto Dawn. There have been amazing events – Halo Fest, the E3 debut, ComicCon – all blurring into a sea of faces, excitement, light, and noise.

But the most important aspect of our success, and our efforts now and in the future, has been this community – a demanding, imaginative, engaged, vocal, varied and intelligent swarm of personalities, groups and individuals, each with subtly to radically different interests in this vast and varied universe we’re charged with. That isn’t lip service, nor is it pandering. You guys pay for the privilege of playing our game, and you have every right to have a voice in its development.

It may not have ended up precisely the way you imagined – there are simply too many voices and perspectives to make all of the people happy, all of the time – but we think of the community as a direct and democratic extension of the team and, indeed, of the development process. A litmus test, a pH strip and a sounding board for ideas and innovations, you are the tension between the need for change and evolution, and the necessity of inertia. 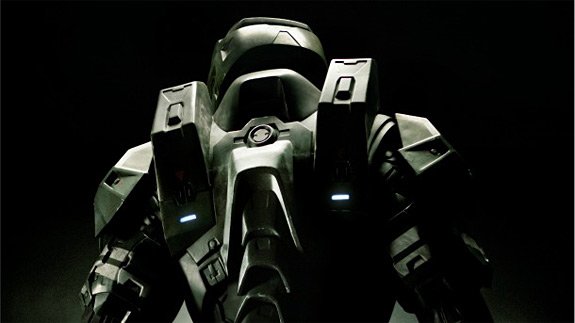 As a community we appreciate Frank O'connor stepping forward and telling us what's been going on with Halo 4. Allowing us to hear these genuine comments from Frank himself goes a long way and allowing the community to have insight on 343 Industries thoughts of Halo 4. We hope in the future we will continue to receive information like this from 343 Industries informing and updating us on a franchise we love so much.