57 replies to this topic

Due to requests from members, members time zone conflicts and to help ensure all who want to participate can, the tournament will span a two week period. The tournament will be played as a best out of three per individual or team. One person or team will play a randomly chosen group of players. For example, your first match will be with player/team ":A", then your next match with player/team "B", etc. This will help to make the play fair and hopefully keep them from getting knocked out of the tournament by one player/team. I will begin compiling a complete list of players with Biggles and meet with a small group of players in the tournament to help ensure fair brackets this coming week.

For those of you who like awards, there is a "Competitor" award being given to each member who participates and a new award being designed for those who get involved in the various events of our community. so don't miss out on a chance to receive some additional awards!

Okay, here is what I see so far.

Since there are only four teams in the 2v2 part of the tournament, there will be only one bracket for them unless more teams enter by Wendsday March 28th @ Midnight EST. It will be played in a best out of five series. The each match will be set at 25 points to win with a 15 minute clock for each game. The teams will rotate playing a different team for their first three matches, then as needed they will play a randomly selected teams until a maximum of 5 games have been played. The two teams that have the highest number of wins will play each other in a best of 5 final for the winner.

The 1v1 tournament will be played using 2 brackets, Casual and Competitive. They will compete in a best of 5 series with each game to 25 points. Each member will play 5 games in the first round against different players randomly selected. Any player winning 3 or games will advance and continue playing rounds until only there is only one winner per bracket. The sign up will end on Wendsday March 28th @ Midnight EST.

The tournament will be played using "Vanilla Reach" settings. The available AA's will be Sprint, Invisibility, Hologram and Jet Pack. There will be a default weapon load out of the Magnum/AR unless the two competing players/teams mutually choose an DMR/AR start. (If either player/team chooses default, that will be the load out. No argument!)

Again, all sign ups for the tournament will end on Wendsday March 28th @ Midnight EST. Maps selected for the tournament will receive any necessary adjustments to ensure play ability for the tournament. These adjustments will be done either with me present or by me with the forger present. The adjustments will include only the addition of kill zones, adjustment of weapon placement/removal and/or spawn times and spare clips, addition of respawn points on the maps to ensure fair play and possible change of initial spawns. There will be no changes allowed to the physical or aesthetic environments of the maps or addition of any weapon not currently on the map. In only one members case may there be a part of the map made off limits.

This thread is for members who want to participate in the "Heads Up" tournament that will feature maps from the current Forge Contest. Please read the rules and requirements fully.

There will be a minimum of two brackets for players for each game type. Sign up for only one game type per member. If you are signing up for the 2 vs 2 part of the tournament, your 2 vs 2 partner must also sign up with both of you listing the other as a partner.

A questions and answers thread is posted here separately!

Any member caught entering multiple times using another member account will be permanently banned from this forum.

ive changed my GT now to my current one, not my main one,

Retired Halo gamer. No longer have a console. 
Update: Include me in the tournament, I misread.

I'll play in the 2v2 with Kill the King. 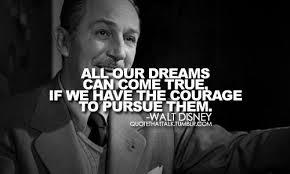 I'll be entering the 2v2 with Aztec Asshawk as my partner

Definitely lookin forward to this!!!!!

"It's like a koala bear crapped a rainbow in my brain"
[img]http://i.imgur.com/PGIhx.jpg[/img]

I'll be entering the 1v1 Tournament

My gamertag is Aztec Asshawk and I'll be partnering up with AgentLofi in 2v2. BUNGIE.NET PROFILE: http://www.bungie.ne...nt/Profile.aspx

This is an IFFY sign up for 1-V-1. We have collected enough funds to purchase and Xbox, so I may have one by then. Hope I can make it.

Sig made by the wonderful member, Brony. ^-^

Signing up for the 1v1 contest

Be entering the 2v2 tournament, with Total Mayh3m.

I also want to know what time is it along with the day and how it will work if you can message me or post I will appreaciate it.

I will be entering the 2vs2 tournament with Jordan (JLM4)

You are going to need to include a link to your B.net profile.

I'll be entering the 1V1 Tournament. "Each one of these souls is finite and precious. And I'm close. Close to saving them all." -The Librarian I will be working with a few of the members of this forum to assist me in ensuring as fair of match ups and brackets that can be had for the tournament. I encourage all members to consider taking part in this tournament. It is not just to see who the best is, but to have fun as well. All who compete will receive the competitors award along with the right to vote privately on which map played the best in the tournament. This vote determines the winner of the "Members Forge Award" and the prize. All who compete in this tournament will be noted along with those who attend play dates and other community events for awards coming the future.

Back to Contests & Events


1 user(s) are reading this topic